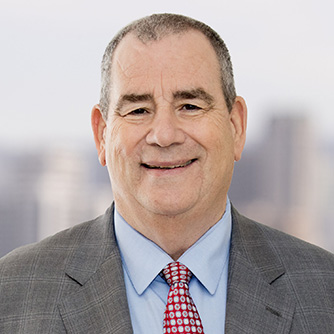 One of the country’s leading trial attorneys, Los Angeles personal injury lawyer Brian Panish has obtained some of the most significant jury verdicts in United States history on behalf of plaintiffs. His courtroom victories include a $4.9 billion record verdict in the landmark products liability case Anderson v. General Motors, over 100 verdicts and settlements in excess of $10 million, six verdicts in excess of $50 million, and more than 250 verdicts and settlements over one million dollars in personal injury, car accident, wrongful death and business litigation cases.

Mr. Panish consistently serves in a leading role in the largest personal injury cases in California and the country — he currently serves as Plaintiffs Co-Lead Counsel in the Woolsey Fire litigation,  Plaintiffs Co-Lead Counsel in the Southern California Fire Cases litigation arising from the 2017 Thomas Fire and subsequent debris flows in Montecito, California and serves on the Plaintiffs Executive Committee for the 2017 North Bay Fires in Northern California. Additionally, Mr. Panish has been appointed as Co-Lead Trial Counsel in the Porter Ranch/Aliso Canyon Gas Well Blowout Litigation and has served in leadership roles in the Asiana Airlines Crash Litigation, the Olympus Superbug CRE Litigation and DePuy ASR Hip Implant Litigation, among others.

Mr. Panish has been recognized by numerous publications and organizations as being among the top trial lawyers in the country. Some of the honors he has received include the following:

In addition to his numerous honors, Mr. Panish currently serves as President of the prestigious Inner Circle of Advocates, comprised of 100 of the nation’s top plaintiffs’ lawyers.  He is also a Fellow in the American College of Trial Lawyers (including serving on the State Selection Committee), the International Society of Barristers, the American Board of Trial Advocates (ABOTA), and was the 2011 President of the Los Angeles Chapter of ABOTA.  He is a member of the American Bar Association (formerly a Litigation Section Board Member), the Consumer Attorneys Association of Los Angeles (formerly on the Board of Governors), and the Consumer Attorneys of California (formerly on the Board of Governors).  He also serves on the Best Lawyers® Board of Advisors.

Mr. Panish received his law degree, with honors, from Southwestern Law School, and received an Honorary Doctor of Laws degree from Southwestern in 2011. He received his B.S. from California State University Fresno, where he was named Scholar Athlete, was the recipient of the Athletic Directors Award and was named an outstanding alumnus at the school’s Centennial Celebration in 2010. He now represents clients in Orange County, Riverside, San Bernardino, Los Angeles, and throughout Southern California.

The following is a list of just some of the landmark cases that Brian Panish has been involved in:

Experimenting with the Consumer

Jury Trials in The US

Brian Panish in the News:

The following is a list of some of the articles in which Brian Panish is featured: