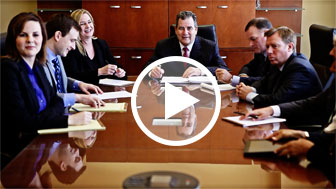 Our success rate is over 99% and we have obtained over $3 Billion in verdicts and settlements since 2010. 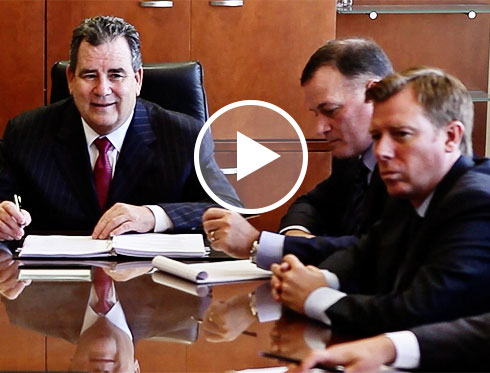 Verdict for two brothers injured in collision with big rig

The Relentless Pursuit of Justice

One of the greatest chronic pains a person can experience, according to the McGill Pain Index, is complex regional pain syndrome (CRPS). Ranking above childbirth and amputation, CRPS is an uncommon source of chronic pain, which usually affects the limbs. There have been two identified types of CRPS: Type I – reflex sympathetic dystrophy (RDS) and Type II – causalgia. RDS patients do not have obvious evidence of nerve damage, while sufferers of the less common causalgia do have evidence of nerve damage, such as nerve lesions. Causalgia tends to be the more painful of the two, scoring a 42 out of a possible 50 on the McGill scale.

The cause of CRPS is not known; in fact, it is believed that there are most likely several causes that all generate the same symptoms as opposed to just one specific cause. Typically, CRPS develops after a serious injury. In this case, you should contact a California CRPS lawsuit attorney to discuss your options.  The early signs of the syndrome involve the injured party feeling a higher level of pain than the wound would suggest. For example, a person with an injury to a single digit may soon feel pain spreading throughout the entire arm.

Pain is the number one symptom of CRPS.  The pain is normally described by patients as a “burning” sensation, and is often accompanied by swelling, redness, and warmth around the affected area. If the affected area is a joint, then joint stiffness and swelling are commonly seen and these reduce mobility dramatically. The texture and condition of the skin may also change beyond a typical redness and warmth. In some patients, the affected area is constantly a different temperature from its unaffected, opposite body part, and the skin may appear thin, shiny, and excessively sweaty.

CRPS most commonly affects young adults, ages 20-35, with woman suffering from the disorder more often than men. Children can also be diagnosed with CRPS, and there is no cure. Many people have noted a connection between the physical and psychological effects of CRPS. The physical pain might be heightened in persons suffering from severe emotional stress, and of course living with chronic pain will take an emotional and mental toll on any person.

As stated above, there is no cure for CRPS, but there are several treatments used to relieve the painful symptoms. Psychotherapy, physical therapy, and medicinal treatments such as narcotics, corticosteroids, and other drugs are commonly used to help patients with RDS or causalgia. More intensive treatment is also offered for persons whose pain is extreme. These include implanted nerve blocks, implanted drug pumps which can be used to send pain medication into the spinal fluid, or electrical spinal cord stimulation.

When CRPS is identified early, containment and prevention of pain spreading throughout an entire limb or multiple limbs are possible. Researchers are continuously looking for new treatments and possible cures for RDS and causalgia, as well as other nerve damage disorders.

In some cases, RSD or causalgia has been the source of legal concern for the afflicted person. If the CRPS developed shortly after an injury caused by a second party, a California complex regional pain syndrome attorney can help. That second party could be legally at fault for the injured party’s suffering. Another cause of legal action is medical negligence by physicians or medical professionals leading to a patient’s development of CRPS. When medical negligence has occurred, the person whose life has been severely altered by chronic pain should be entitled to a certain amount in damages. For more information about California CRPS lawsuits or for answers to any legal or insurance questions regarding this chronic condition, contact psblaw.com.

"Brian and Spencer, thank you both for everything you did to
help my case! I am eternally grateful to you both. Chrys and I
couldn’t be happier with the outcome."

Our client suffered severe orthopedic and internal injuries when she was hit by a Alameda-Contra Costa
Transit District bus, Panish | Shea | Boyle | Ravipudi LLP obtained a $10.5 million settlement for Abby.

10 REASONS TO CHOOSE US

Is the law firm you are considering right for your case?

Hiring a personal injury lawyer can be a tough decision and, undoubtedly, one that will have a considerable impact
on the outcome of your case. What qualities should you look for in a personal injury attorney?

In fact, our partner Brian Panish, holds the record for securing the largest personal injury verdict in the nation's history — $4.9 billion — against General Motors in 1999 in the Anderson v. GM case. We have obtained many other record verdicts involving wrongful death, catastrophic injuries and defective products.

A majority of personal injury cases do not go to trial.

Most of them are settled out of court. It takes superior negotiating skills, experience and a track record of success to obtain a winning settlement for an injured client. Defense firms know Panish | Shea | Boyle | Ravipudi LLP's reputation for record jury verdicts, resulting in higher settlements for our clients.

If insurance companies lowball you, we counter with a little hardball of our own.

Insurance companies are not your friends. In fact, their goal is to settle your case quickly and with minimum payout. We will strive to obtain maximum compensation in your case.

The personal injury attorneys of Panish | Shea | Boyle | Ravipudi LLP are not only renowned in Los Angeles and California, but also nationwide for our commitment to our clients' needs and the quality of our work.

We have obtained record settlements in personal injury and product liability cases. Over the years, we have earned the respect of our peers and the trust of our clients.

We are a law firm that uses trusted national experts and skilled investigators to thoroughly research the facts of your case.

We can get to the accident scene right away so valuable physical evidence and eyewitness testimony is not lost. Obtaining and preserving evidence is a critical component of personal injury and product liability cases.

We make it affordable for you to pursue your case by not charging you any fees during the process of obtaining compensation.

We understand that our clients are under significant emotional and financial strain in the aftermath of an accident. We do not burden you with more expenses to worry about. Our law firm works on a contingency fee basis, which means that you do not pay anything until we recover compensation for you.

The legal system can be intimidating and complex, especially at a time when you are trying to recover from serious injuries or dealing with the death of a family member.

Our personal injury attorneys are adept at steering through the complex legal system as well as dealing with insurance companies. We do it for you so you can focus on the recovery process.

A number of personal injury cases do not go to trial.

However, our attorneys have remarkable trial experience and have consistently shown their ability to win significant jury verdicts. As a result of our extensive trial experience, corporations, insurance companies, and their attorneys, know that when Panish | Shea | Boyle | Ravipudi LLP is representing the plaintiffs, then that case has to be taken seriously.

Helping Our Clients with Important Decisions

Our Los Angeles personal injury lawyers have had extensive experience dealing with a variety of types of cases.

We believe in making informed decisions based on facts and evidence. We will look out for your best interests and advise you on effective courses of action that will have the most significant impact to the outcome of your case.

Working with All Parties

Our experienced legal team has a track record of working well with all parties concerned, including opposing counsel.

Our goal is to accomplish the best possible result in your case and to obtain maximum compensation for your injuries, damages and losses.

"Their honest and professional approach was just what we needed during this difficult time. From the partners to the junior staff, they walked us through each step of the way and fought for us."

Didi suffered a traumatic brain injury when she was hit by a recreational vehicle while riding her bicycle.

INVOLVED IN THE COMMUNITY

Panish | Shea | Boyle | Ravipudi LLP has contributed to the following schools and other organizations that make a difference in the community.